Tartan Paints are a healthier choice for painters, the environment and you. 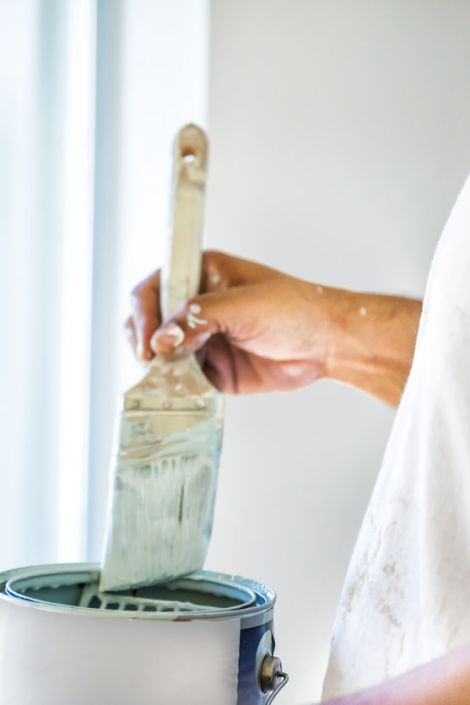 Hello my name is Gordon Morrison and I am the founder of Tartan Paints. I established this company after I became aware of the negative health impacts of normal paint. I’d like to share the story of how and why Tartan Paints came to be.

I have been a professional painter for over 30 years, having learnt the trade from my father. At the beginning of my career I would occasionally come home after a day of painting feeling unwell with headaches, nausea and lethargy. Over the years, these bouts of general unwellness became more frequent. Eventually, after years of shrugging it off, one day I ended up in hospital with a swollen leg and foot which doctors could not explain. Four days later while bedridden my leg and foot began to return to normal. This was the final trigger that made me realise that this might have something to do with my occupation.

I began to look into the ingredients of the paints that I, and every other painter use every day. I found that several of the ingredients found in most paints on the market in Australia contain Diuron and Carbendazim. These two chemicals have been banned in Europe, the US and other countries due to its suspected link with cancer and damage to unborn children. Diuron is labelled as a ‘Class 3 carcinogen’ in Europe. Carbendazim is similarly linked to human and environmental harm. These two chemicals are not yet banned in Australia, and although the popular paint companies are aware of the potential dangers, they continue to use both diuron and carbendazim in their products.

As if that wasn’t bad enough, I also found that most paints have what are called ‘Volatile Organic Compounds’ (VOCs). These compounds are what gives paint that particular ‘freshly painted’ smell that we are all familiar with, but are actually a toxic form of off-gassing that is potentially harmful. When you breathe in that ‘freshly painted’ smell, you’re actually breathing in toxins that are harmful to your health. This impacts the health of those whose homes and workplaces have been recently painted, but imagine the impacts on professional painters, who spend every working hour breathing in those toxins!

I discovered that most, if not all paints available in Australian include Diuron, Carbendazim, Alkylphenol Ethoxylates, Ammonia, Styrene, Crystalline silica, Silica fume and Formalin all of which have been found or suspected through robust scientific investigation to be linked with serious health issues such as cancers, birth defects, allergic reactions or other irritations. In other countries many of these chemicals are either banned, under investigation or labeled as extremely toxic to human health.

Many of the negative impacts on people are also harmful to nature. Then I started to consider how paints impact the health of the natural world. Most paints are made with a base of petroleum products which are made from oil. These ingredients will not biodegrade and contribute to the contamination of air, water and land.

After discovering how harmful paint can be, I wondered if it would be possible to make a paint which was a healthier choice for people and nature. I investigated alternative ingredients, different recipes and thought about the way paint is packaged, used and distributed. I traveled to several countries  to meet with some of the leading paint developers. After 12 months of laboratory experiments, and with the advice of chemical engineers, I developed a range of paints which have no Diuron, Carbendazim, Alkylphenol Ethoxylates, Ammonia, Styrene, Silica fume and Formalin and only minimal VOCs (as low as 1gram per litre).